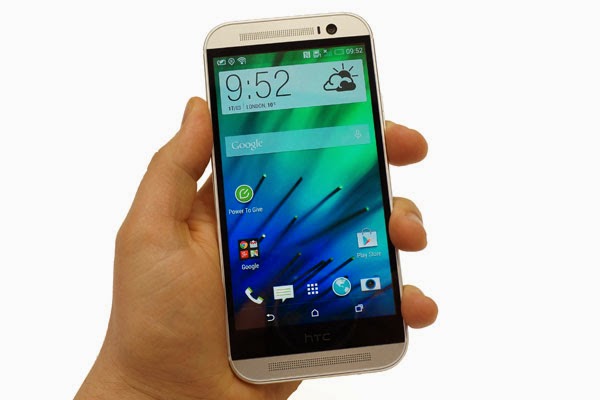 As a low impact user I found it hard to utilise the HTC one M8 to its fullest, and therefore it was hard to do it justice. However during my time using it I did pick up on a few things that are worth mentioning.
Firstly one of the only major negatives that I noticed was that, as it has apparently been regularly slated for, the camera on the M8 is quite poor for use outside during the day, the camera appears unable to properly focus or show enough contrast in area when it is photographing in a brightly lit place.
However leading on from this point the ingenious idea of the dual camera in order to add a sense of depth perception and allowing accurate changes in the focal point of the photos you are taking almost completely overrides this flaw and makes the M8 one of the top competitors for best phone camera as long as your shooting in a low light environment.
As well as this as far as visuals are concerned the M8 is a thing of beauty, the 90% aluminium casing means the M8 really catches the eye and one the attention has been drawn to the screen the stunning 5”, 1080 x 1920 HD display comes into play, shielded from harm by a layer of Gorilla® Glass 3.
However the aluminium casing does mean that the back of the phone is almost frictionless and I regularly found it sliding out of my hand, which with a phone only half a centimetre thick, if that, will result in dents and scratches across the back casing if dropped.
One very minor yet very irritating design fault I found with the M8 was the fact that the lock screen button was located on the top of the phone, and with such a large screen this meant that one had to juggle the phone around just to be able to lock the phone, luckily the screen could be easily unlocked by two rapid taps on the surface, or this would have been twice as irritating.
Another point about the visuals is the enhanced viewing experience provided by the M8, with the 5” 1080 x 1920 HD LCD screen I mentioned earlier and the 2 speakers located either side of the screen made watching adventure time on Netflix at my desk feel like I’d dived into a euphoric childish wonderland, use of headphones felt like sacrilege when I had the power to blast my music through those speakers.
The 4G capabilities of the M8 where excellent, and meant that no matter where you were, as long as you had 4G you could rely on superb download and streaming speeds and browsing could go almost as fast as your fingers could manoeuvre around the screen.
This 4G was provided to us by Vodafone, from whom you can purchase the HTC One M8 subsidised.
So what do you think of the device? Are these drawbacks too much for you? Tell us what you think in the comments below!
Posted by PerspecTech at 19:04

Email ThisBlogThis!Share to TwitterShare to FacebookShare to Pinterest
Labels: 2014, Smartphones