I was really looking forward to getting a hands on experience with the Samsung Galaxy S5 as I haven’t used a Galaxy model since three personal phones back with my Samsung Galaxy Young. 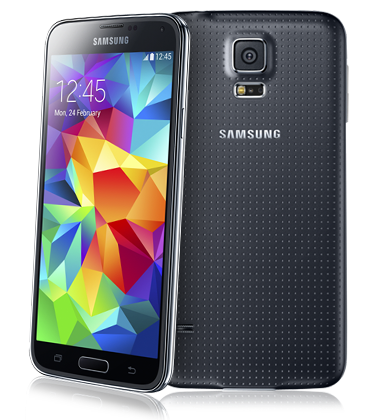 First thing I noticed was the vibrant Super AMOLED screen which looks absolutely stunning on the 5.1” 1080p screen which makes the lock screen alone just fantastic to look at. If you’re looking for a phone that not only runs well, but looks good too, then this is the phone for you. For those who don’t want a phone to be a fashion statement, the Quad-core 2.5GHz processor allows for fast browsing through both the internet, as well as the user interface. Also, not to mention the 16MP camera that is positioned on the back of the S5 which produces stunning pictures as expected from a camera of that quality.


As an avid user of games, the S5 is perfect for gaming and the screen makes even low performance demanding games like ‘94%’ look great and it can definitely do high performance demanding apps like ‘FIFA 15 Ultimate Team’ justice with occasional to no lag during gameplay experience. As for the social media enthusiasts, all of your regular Facebook, Twitter, Snapchat, etc. work as you’d expect on any android device.


No lie, the S5 is one of the most enjoyable phones I’ve had the pleasure of using because it is well balanced in every way. The Android (5.0) is easy to use and but ‘Touchwiz’ seems a little pointless. So you get a few pre-downloaded apps and the interface is okay but it’s not really the best thing we’ve seen from an android device. Other than this, the phone is easy to use by (In my opinion) everyone who knows the basics of a touchscreen.


Something else worth mentioning is that in my past I’ve had phones that, while on vibrate, can barely be felt when a new message, e-mail, etc. is received. This is NOT a problem with the S5 as it provides an adequate earthquake for you when a notification is received. Rest assured you will not miss a notification if this phone is on vibrate in your pocket.


But the big point is the price. Is this phone worth £400 (Argos) or not? Quite honestly, I’d say yes but you shouldn’t buy one right now. I suggest you wait until the release of the Samsung Galaxy S6 and see the prices and specs of that before deciding whether or not you should splash cash on the new model, or stick with its predecessor.


Have any thoughts on the phone? Whether you own one or are just thinking about it, be sure to weigh in on the topic by commenting below, or sending us an e-mail via the site! Thanks for your time and I hope this has helped you medium impact users on how the S5 can work for you.
Posted by PerspecTech at 12:19