We can’t all afford the newest Samsung Galaxy model or a flagship LG, but what if I told you that there’s a phone with specs on par with the Samsung Galaxy S5 for only £270. You’d think I was crazy, but such a model does exist in the OnePlus One. 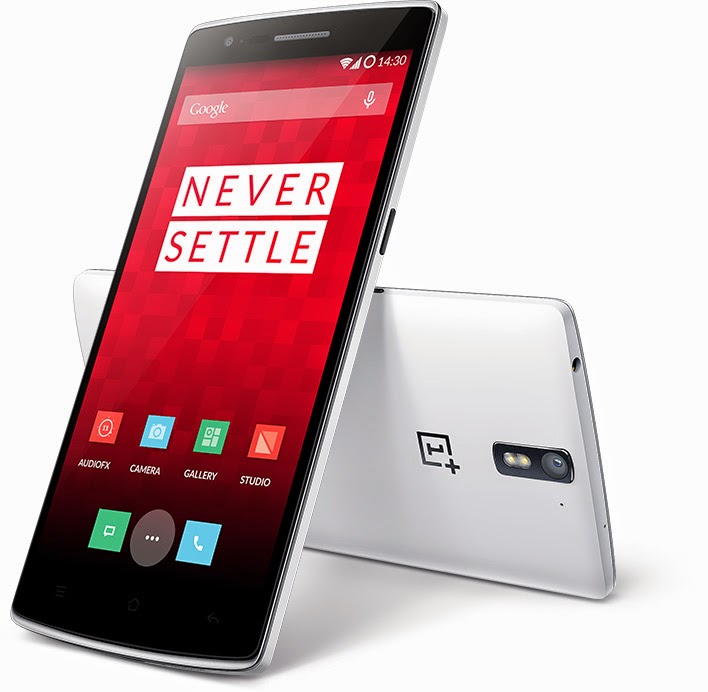 Released May 2014, this is the first phone developed by this growing company who has attracted hype worldwide. The model itself rocks a 5.5 inch screen at 1080p with 401 PPI, leveling that of some top of the range phones currently available. The phone also runs on a 2.5 GHz Quad-core processor with 3GB of RAM. The model I possess has 64GB of internal storage (compared to the smaller 16GB version) which allows you to presume that unless you download 10 new apps every day for a year or own a 1000 CD music collection, you’ll have sufficient space to last you a long time. Although with this large internal memory capacity (and the smaller 16GB model), the OnePlus One has no SD card support which prevents media and contact transfer from older phones unless you have a Google account to sync your contacts with - or a 3rd party backup.

The OnePlus One runs CyanogenMod's Android 4.4 (KitKat) ROM by default, but due to recent decisions by the company, a Android 5.0 (Lollipop) update will not be arriving for a while, as the developers have decided to create OxygenOS as a new operating system which we are yet to see, but will hopefully be reviewed at a later date. As for now, Android 5.0 can be downloaded for the phone but requires several downloaded files and a walk-through found on the OnePlus forums. (For a full list of specifications visit: https://oneplus.net/one )

In my experience, the phone runs incredibly smoothly with minimal interface problems encountered. It has the strength to run demanding 3D games with little problems, although, has occasional problems opening some apps (Such as Word Dance - see our review here) as they are not optimized for the phone. The battery life is perfect for my use, as the 3100 mAh battery has served me with an approx. 36 hour battery life from 100% to 0% with moderate usage. Prolonged use of or leaving apps open such as Facebook Messenger drains the battery significantly more than closing all apps when finished, although the ability to multi-task with tabs for apps works well in most cases, but I have experienced a refresh of a web page or article when I have returned to the corresponding tab from another app.

The camera of the OnePlus one is satisfactory for almost anyone wanting to capture some great snaps. The rear-facing camera is 13 megapixels, perfect to capture images in stunning detail, while the 5 megapixel front-facing camera is sufficient enough for those who deem ‘Selfies’ as a necessary part of their life. The main features of the camera is that it records video, has auto focus, has digital zoom, has a flash (Dual LED), and allows contact pictures. Not as good as some smartphone cameras available at present, but for the price of this phone, it is definitely on or even above par. This feature can be accessed with a simple screen gesture when the phone is locked for easy access for those shots you can't miss.

The phone weighs 162g (to the nearest gram) making it heavier than both the Xperia Z3 and Samsung Galaxy S5, but lighter than an iPhone 6 plus. It definitely doesn’t feel too weighty in the hand, but there are other things to consider when looking at the shell of the phone. The version I have is described as ‘Sandstone Black’ with a rough feel, like that of sandstone, which may not be beneficial and I, personally, prefer less than that of a plastic or even metal back. It would require a hold with no grip for it to slide out of the hand, but most of us have the capacity to grip a phone innately. The back heats up after prolonged use of demanding apps, as with many phones. It takes little time to cool after finishing use of the phone or app but the back is never cool to the touch like that of phones with a metal back.

To finish, the OnePlus one was an exciting contender with other flagship models of 2014, but will be outdated by the time the new phones such as the HTC One M9 and the Samsung Galaxy S6 are released. This does leave plenty of speculation as to what the OnePlus One's successor will bring with its expected April 2015 release. If you want to buy a phone that’s up to date with 2014 specifications, but cheap, the OnePlus One is perfect for you. It can do pretty much everything you’ll need it to, whether you’re a low, medium, or high impact user without burning a hole in your pockets. But with growing interest, the OnePlus One's successor will be sold at a much higher price point, and may be worth the wait to see what it can bring to the table to make it that much better than the OnePlus One.

So what do you think? Do you have a Oneplus One? Would you recommend it? Let us know in the comments below!

If you wish to learn even more about the phone and/or the company, visit OnePlus.
As always, if you disagree with the views posed here or wish to give feedback, be sure to send us a message through the ‘contact’ tab of our website.

Email ThisBlogThis!Share to TwitterShare to FacebookShare to Pinterest
Labels: 2014, Oneplus, Oneplus One, Smartphones