Apple hosted their "Spring Forward" Keynote event today, and one of the new products they announced was a new MacBook to their lineup. 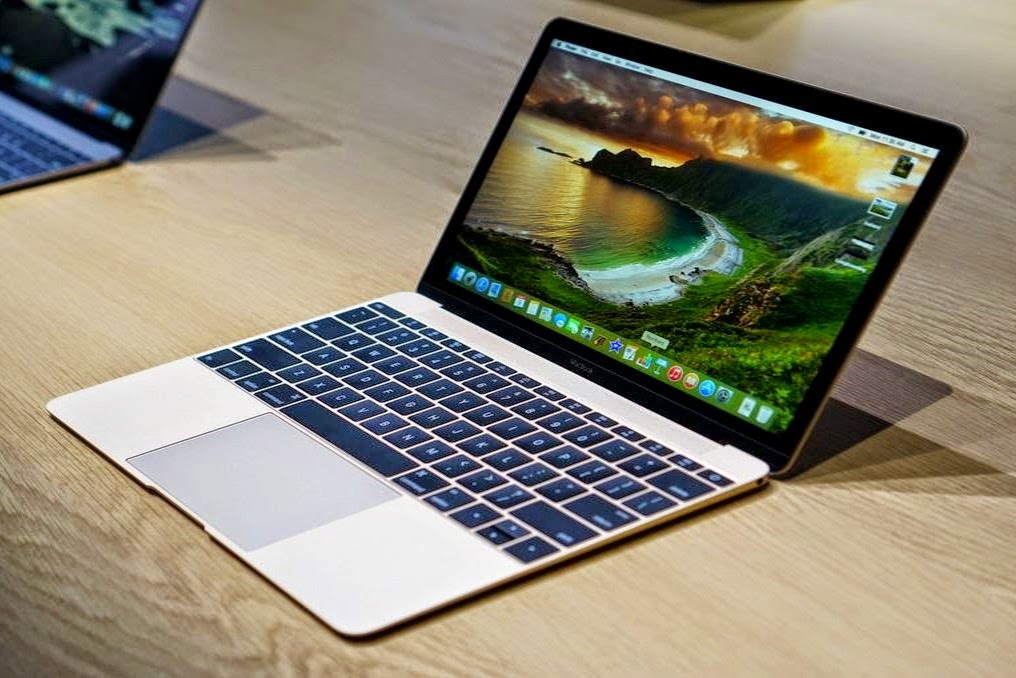 The much anticipated super thin MacBook sporting a 12 inch retina display with a resolution of 2304 x 1440 is a fully functional Mac, but it's the lightest and thinnest one Apple has ever made. It weighs in at just 2 pounds and is only 13.1mm at its thickest point; it's crazy thin. In fact, it's 24% thinner than the current 11 inch MacBook Air. What we noticed pretty quickly was that Apple refers to it as "The New MacBook" suggesting that it's separate to the company's MacBook Pro and MacBook Air lineup. It's available in three colours: Silver, Space Grey & Gold.

With the new MacBook Apple brings with it a completely re designed keyboard. It features a new butterfly mechanism as a pose to the previous scissor mechanism we've seen in Apple's previous notebooks. Apple says these new keys are more stable and precise. The edge to edge keyboard is full size, and is made up of keys that sport 17% more surface area, and are more shallow then the previous Mac keyboards.

Apple has also added a brand new trackpad to the MacBook, something that hasn't been seen in several years. They've built in something called Force Touch, which can detect the amount of pressure applied to each click, which introduces a whole new range of gestures. The new trackpad also included haptic feedback, meaning users will get tactile feedback with every click.

Powering the MacBook is an Intel Core-M processor starting at 1.1GHz with Intel HD 5300 Graphics. What's particularly interesting about the MacBook is that it's the first MacBook Apple's made that doesn't include any fans. No fans means that MacBook can operate in complete silence; perfect for cubical office environments. Apple has managed to reduce the logic board size down by 67% compared to the MacBook Air, and newly designed, custom crafted batteries were also introduced to cram as much battery in the crazy thin notebook as they can.

Apple claims that the MacBook has an "all day battery" life coming in at 9 hours of web browsing and 10 hours of movie playback. The new MacBook's ultra thin design means that regular USB ports just won't cut it, so Apple has included the new USB-C port in the MacBook, combining several functions into one port: power, USB data transfer, DisplayPort, HDMI, and VGA capabilities. Notice that the USB-C is now the power input to the MacBook, Apple decided not to include MagSafe 2 presumably because it just wasn't thin enough to fit the profile of the new MacBook.

If you're looking to get your hands on this notebook, the base line model is going to run you $1,299 (£1049 in the UK incl. VAT) which will get you a 1.1GHz dual-core Intel Core M processor, 8GB of memory, 256GB of flash storage as well as Intel Graphics 5300. Apple also offers a 1.2GHz model with 8GB of memory and a 512GB flash storage capacity which will run you $1,599 (£1249 in the UK incl. VAT). There will be additional configurable options online as well.

The new MacBook will be shipping on Friday, April 10th via the Apple online store as well as Apple retail locations in select countries.

What do you think of the new thinner, fanless MacBook? What feature do you like most about it? Let us know in the comments section below!
Posted by PerspecTech at 21:36