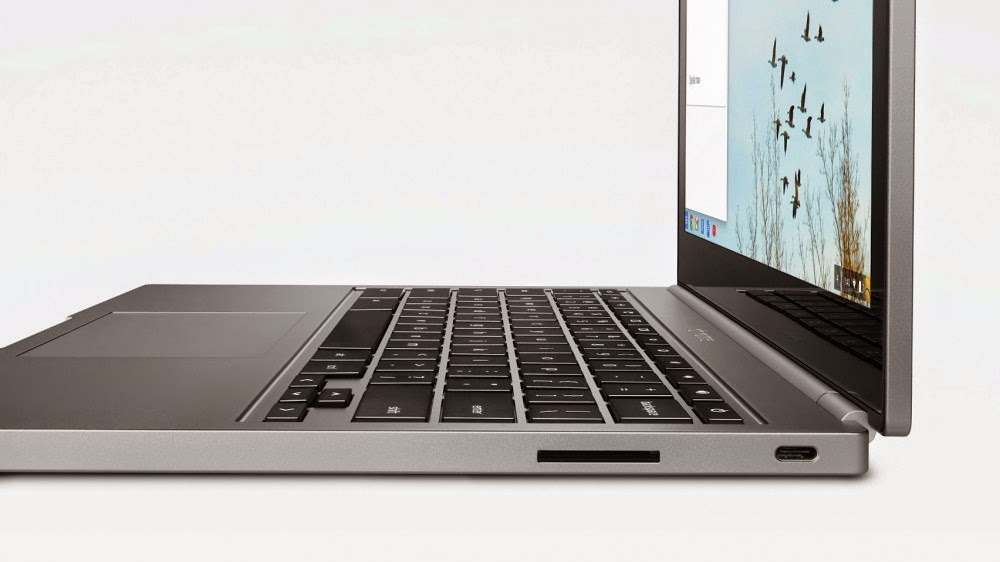 On March 11th, Google announced their new Chromebook Pixel. Or rather, an updated version of it because the design stays exactly the same. Much like Apple's recently announced MacBook, the Chromebook Pixel comes equipped with USB-C. Unlike the new MacBook however, the new Chromebook Pixel has super fast charging capabilities which Google claims can charge the Pixel to 100% in just 90 minutes, and 15 minutes of charging gets you 2 hours of additional battery life.

The new Chromebook Pixel is rocking a 13 inch screen with multitouch capabilities and a resolution of 2560x1700 with an aspect ratio of 3:2. It has an all aluminum body housing an Intel Core i5 processor, 8GB of RAM & 32GB of flash storage.

The Chromebook Pixel starts at $999 (£799), which many have disputed and argued as being way overpriced given that it is a Chromebook runing ChromeOS; an operating system that essentially allows you to run chrome and a few Android apps. The price tag seems particular large when compared to other Chromebooks, which retail for as little as $250.

The higher-end "LS" model comedically named by Google which stands for Ludicrous Speed. This model sports and Intel Core i7 Processor, 16GB of RAM & 64GB of flash storage; but this comes with a price tag of $1,299 (£999).

Both models can be purchased from Google's online Store.

So what do you think of the new Chromebook Pixel? Is the price unreasonable? Are the improvements just not worth the upgrade from the previous model? Let us know in the comments section below!
Posted by PerspecTech at 13:13