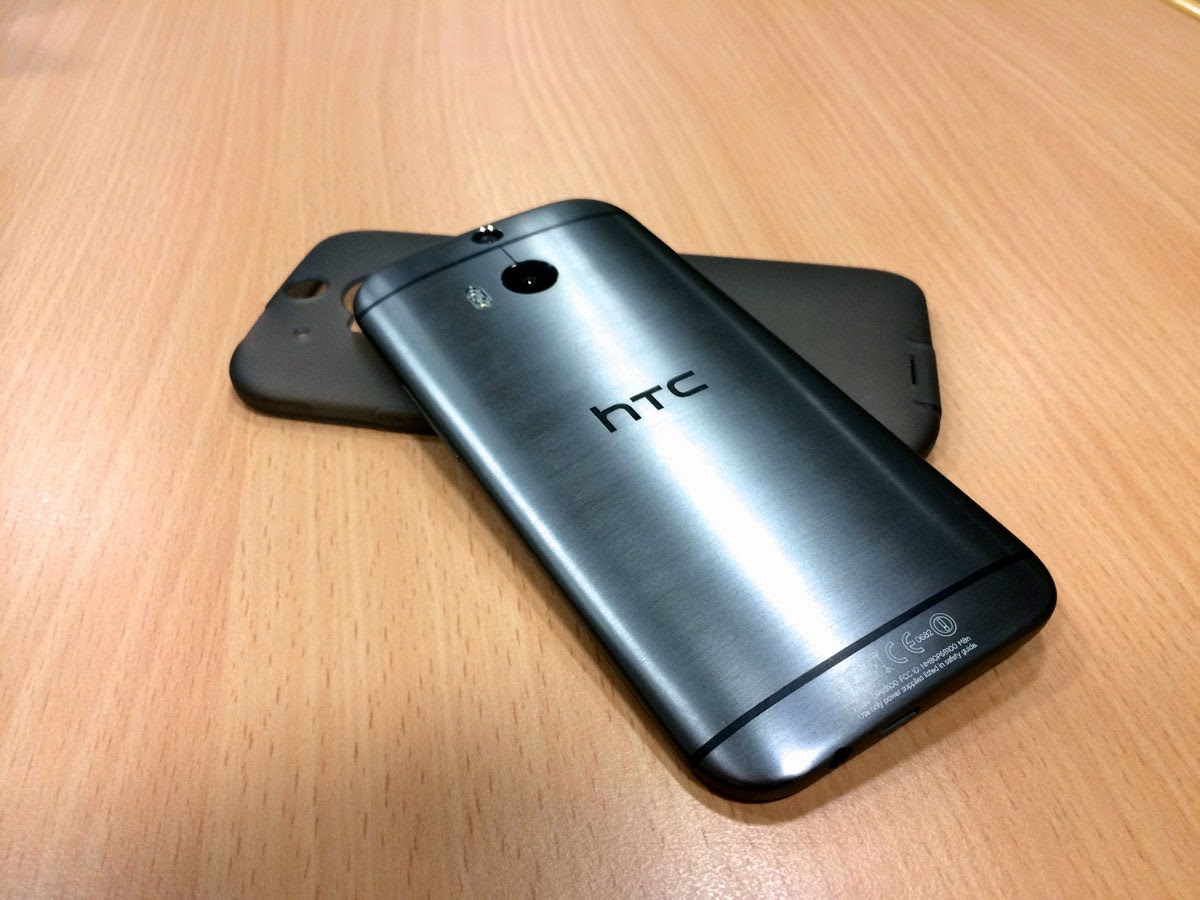 As for the model itself, compared to that of the OnePlus One it is relatively small which allows it to get away with the lock button being located on the top of the device as it doesn’t require serious hand gymnastics to reach it, although this would become an issue if the screen was any larger. Despite the M9 having the same screen size, they have opted to place the lock button on the side as to make the button that much easier to access. This point of interest would have been even worse if it were not for the extra way to unlock the device of double tapping the screen to wake the device.

Last point of the model, the metallic back overheats relatively quickly and isn’t easy to hold in the palm of your hand very long if you’re playing games (more so if the games are high-performance demanding) On the other hand, it does feel very nice in your hand and personally I love the metallic finish of the One M8 because it’s smooth and looks good, even in its gold version! Also in the visual department, the 1080p HD screen makes watching YouTube videos a great viewing experience. Combined with the trademark BoomSound speakers of HTC, both video and music playback are a joy with this phone. As for music quality with headphones, the One M8 does the job you’d ask of it with no problems in the audio department.

On to usage. I am a moderate user based on social media and gaming. The phone itself has little problems when running games such as ‘Crossy Road’ and ‘Swordigo’ while it did, on occasion, lag at times when trying to play games such as ‘Asphalt 8’ (High-performance racing game).
As for social media, which for the website I have to always keep an eye on, it runs apps like twitter, tumblr, facebook, IF, snapchat, and more with no problems to be seen apart from some app-based ones which  I need not go in to detail on. I also partake in a fair amount of texting which I believe the M8 is possibly the best phone I’ve ever used for texting. It is fluid and easy to use for even the most amateur users among you which allowed quick and easy responses, adding to the list of reasons why I love this phone and can’t wait to see what HTC do to improve upon it with the One M9.
Lastly, the 4G on this phone, as provided by Vodafone, allows for download speeds and loading times to die for which will leave you in minimal circumstances saying your phone is “Too slow.”


Got any thoughts on the phone you’d like to share? Leave us a comment! Don’t forget, if you’re interested in buying the phone, go to Vodafone for some great deals!
Posted by PerspecTech at 12:14