The Oculus Rift. The piece of technology that caused ‘Kickstarter’ to explode. The virtual reality headset developed by 'Oculus VR' is perhaps the most advanced piece of virtual gaming gear available today. Despite its delayed release for consumer purchase, the 'Rift' still stands as the best at what it does, if they stall the release much longer though, they may have to innovate quicker, as other companies are fast approaching with other new ideas for the future of VR technology. The second SDK (Software developer kit) is available for purchase now at £400 but the official launch of a non-developer version is set to be mid-2015, but there has still been no official release date as of yet, but 'Oculus VR' have said they’d be “Disappointed” if the release was pushed back to 2016.

The 'Rift' uses an OLED screen within the goggles to project the images in front of you. This was changed from a regular LCD screen in the first model and is now much better for image projection in the supported games. The screen itself is a size of 5.7 inches within the headset with a 24-bit colour depth which allows a resolution of 1080p for each eye, making the games look as crisp as next gen console graphics. Despite this, the current developer kit of the 'Rift' weighs a mighty 379g, which is expected to be lowered for consumer purchase because it seems like it could form a problem with prolonged periods of that weight on the front of your face.

How does it work? The 'Rift' uses 3 axis gyros, magnetometers, and accelerometers along with its infrared motion tracking system to make the VR experience as enjoyable as possible. In the past there have been some lag issues with the motion tracking that have been worked on by the company. This may lead to an adjacent reality tracker being used in the future, if the problems are continuous, in order to minimalise the tracking lag and improve the overall experience.

As for a first-hand review of the product, we can’t give you one yet unfortunately, although, we hope to be able to get our hands on the product one day and return to the topic for all our perspectives. If you want to learn more about the rift then visit www.oculus.com or watch one of many Youtube videos for reviews or examples of the amazing games and features this equipment has to offer.

As always, if you have anything you want to share with us about this topic feel free to leave a comment below or send us a private message through the contact feature of our website! 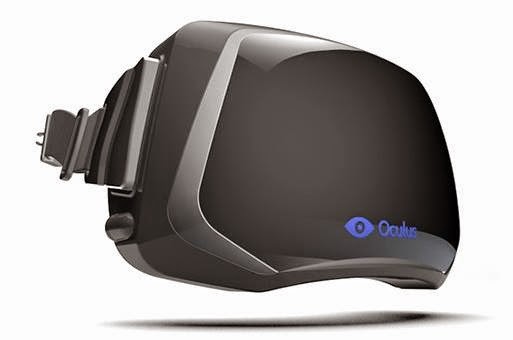