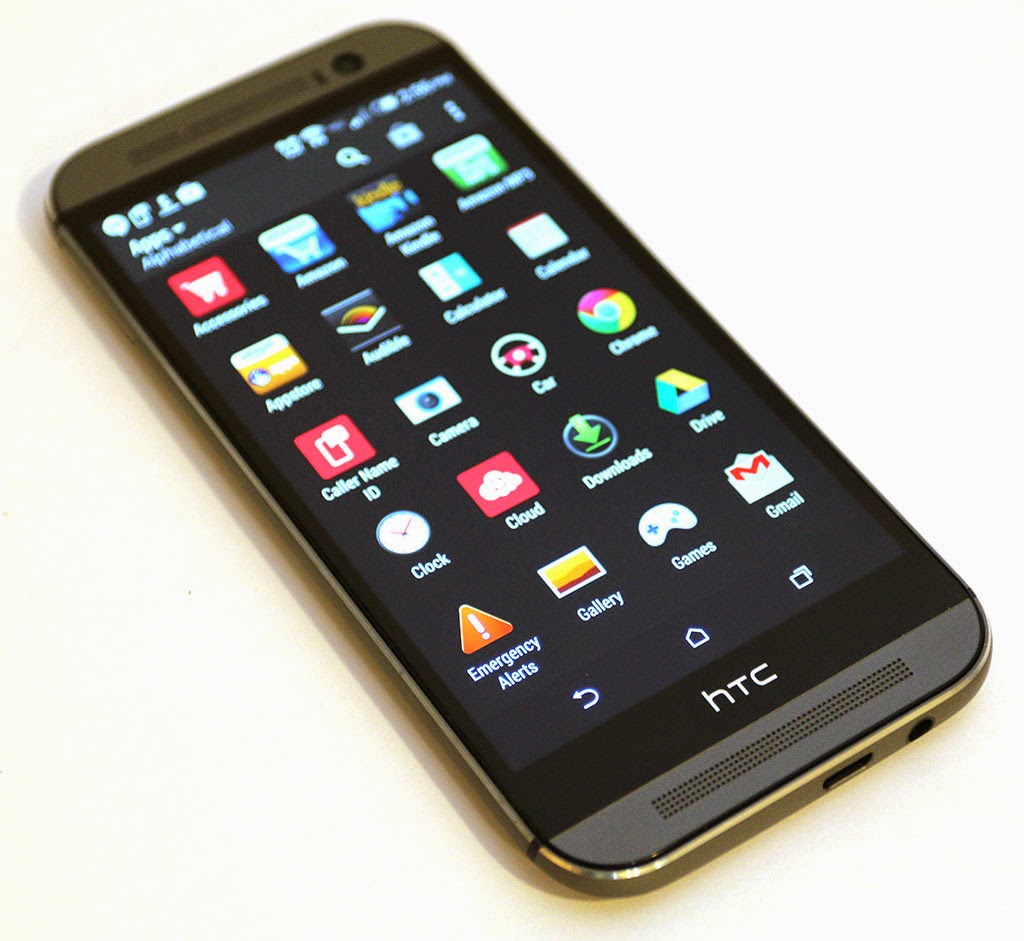 Recently at MWC 2015 HTC announced the successor to the massively popular HTC One M8, called the M9. This device follows up on the M8 with an updated design, better internal hardware and a much better camera, but other than tweaks and changes here and there, the HTC line has remained more or less the same device for the past 3 years design-wise.

Does this mean that the HTC One M8 is still the beautiful, brushed aluminum powerhouse it once was? Or has it been left behind by a years worth of innovation and is worthless by today's standards? If I buy a HTC One M8 now, how much worse will it be than if I bought a brand new flagship?

Well. The HTC One M8's design never fails to impress. The sleek, brushed aluminum body looks astonishing, especially compared with it's competition last year - namely the Samsung Galaxy S5.  The unibody design was refreshing, even if the SIM tray and SD card slot were a little distracting. The trademarked 'BoomSound' dual front facing speakers are, to this day, the best around in any mobile device - I am assured that the One M9 improves on these, but I am yet to experience that. I find myself missing the audio quality which the HTC provides so effortlessly when my LG G3 struggles to play music over background noises.

The software experience on the One M8 is HTC's Sense skin on top of Android 5.0.1 with an update. Unfortunately I found that Kitkat was a much better fit for the M8, as the grays were very sleek to work with the Sense 6 UI, whereas the Lollipop update just looks out of place. However, if Lollipop brings ART to help with speed, it's a worthy sacrifice.

The HTC One M8 is still lightning fast to this day. It easily runs demanding 3D games with minimal to no stuttering, although it does get quite hot quite quickly as it is fully metal, however this heat dissipates quickly due to the unibody metal design. The device will get very hot, but leave it for five minutes and it'll be cool to the touch again.

If you are a social media person and don't really watch many videos or play music through your phone's speaker, you are unlikely to be massively impressed by the device. It's too tall for it's 5" screen. The power button is on the top, so some serious hand gymnastics is required to reach the top of the device and it has an unsightly HTC logo stamped into the black chin of the screen. It seems like a standard android flagship when you ignore it's media providing abilities.

The HTC One M8 is a master chef. Any other phone is a beginner. You can have your meal cooked by a beginner if you want, but it wont be as good as if you went for the master chef. In the same way, media consumption with the One M8 is SO much better than it's nearest competition that if that's what you do most, this is the device for you, no questions asked - however if not, there are alternatives which may serve your needs better.

One of the biggest problems my team faced with the One M8 was the camera. HTC went out on a limb and tried to popularize their new "Ultrapixel" technology, which is, in essence, a camera which would allow more light to enter, allowing for a higher dynamic range and brighter images, especially in low-light circumstances. The problem with this is that it was only 4 Megapixels, which was well behind its competition and nowadays it's 9 Megapixels lower than what is standard in flagships. The HTC One M8 features a second lens, which worked as a little bit of a gimmick, supposedly allowing you to focus images after they had been taken, although this was clumsily utilized at best and probably wouldn't have been particularly useful at 13 Megapixels, let alone 4.

If I were to put the HTC One M8 against phones of Quarter 1 2015, which is exactly a year after HTC released its M8, you would think the HTC One M8 was out dated, old news. However. I disagree. I think that if you want a flagship that is truly glorious for media consumption, and you don't want to take out a second mortgage, the HTC One M8 is a fantastic option for you a year after it was launched. If, perhaps, these reasons didn't call out to you, perhaps the Samsung option is the way forwards.

If you've been inspired to buy a HTC One M8 by my critical talk and sarcastic remarks, you can pick one up subsidized from our good friends Vodafone who sent us this review unit.
Don't forget, if you disagree with me or have any feedback you'd like to give us, feel free to email us or leave a comment on this blog!
Posted by PerspecTech at 00:02